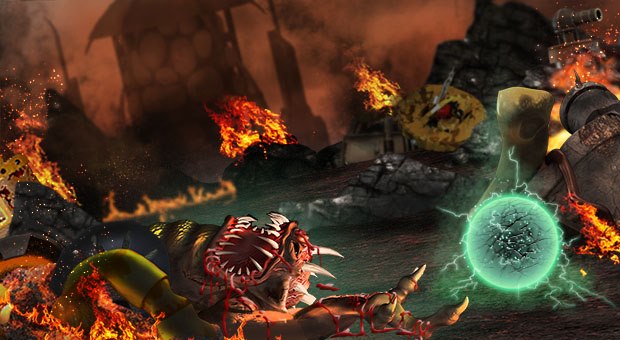 Note: There rewards are all rewards from previous events except Rezghul. The 2 Victory Totem Poles, and Krallen were the only rewards that were not included.

The main focus on this event is about the Monster known as Rezghul, which has the ability to revive dead Monsters in battle. Rezghul can be obtained via the event prize store. Currently, this is the only event that rewards Rezghul.

The event prize store, which was the first one held in the game, allows you to obtain rewards from previous events such as Korath and the Spurtz Cannon. The only rewards that were not obtainable in this event were the Victory Totem Poles and Krallen. This feature is much like those from other KIXEYE games such as War Commander and Battle Pirates.

Notification during the event

Notification as the event ends.
Add a photo to this gallery

Retrieved from "https://backyard-monsters.fandom.com/wiki/Hell-Raisers?oldid=28869"
Community content is available under CC-BY-SA unless otherwise noted.