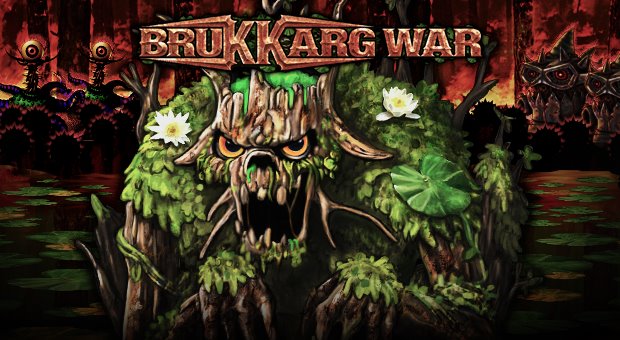 The Brukkarg War is an event that started on July 19, 2012, and ended on July 23, 2012. This event's main focus is the Brukkarg Tribe - a tribe that many low-leveled players have destroyed to win Vorg and Slimeattikus. But the Brukkarg Tribe has seem to come back from the dead, and they want revenge. This event is similar to the Wild Monster Invasion format that the player can choose at any time to send the next wave of monsters at their base. Like the previous wild Monster Invasions, the waves get stronger and stronger. However, there are a few key differences.

In this event, you get a chance to attack the Brukkarg Tribe back every five waves you successfully defended against. You must destroy their Town Hall to declare victory. 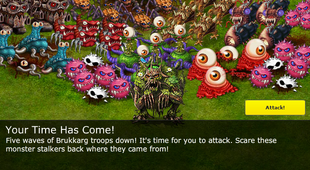 Defeating first set of waves.
Add a photo to this gallery

Retrieved from "https://backyard-monsters.fandom.com/wiki/Brukkarg_War?oldid=28856"
Community content is available under CC-BY-SA unless otherwise noted.